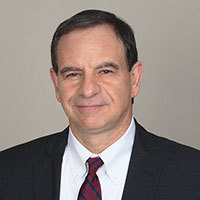 Thomas Sculco served as a Judge of Compensation Claims in the Orlando District from 2005-2022. He was appointed by Governor Jeb Bush in March of 2005 and was subsequently reappointed by Governors Charlie Crist and Rick Scott. Before serving as a Judge of Compensation Claims, Mr. Sculco is one of the few lawyers in Florida who are double board certified, having earned certification in both appellate practice and workers’ compensation.

The following are some of Mr. Sculco’s publications and presentations:

Co-authored the article “What Do You Mean I Can’t Say That? Avoiding Improper Opening Statements and Closing Arguments,” published in the Orange County Bar Association Bar Briefs in March and April of 2013.